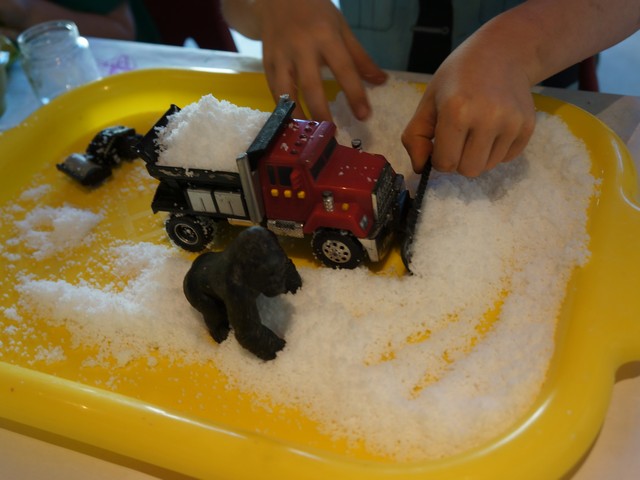 I live in Santa Cruz, CA where we do not get snow. In fact it’s been an incredibly warm and sunny winter so it’s hard to imagine snow. Never-the-less I love celebrating the seasons and bringing our awareness towards nature and it’s cycles through art and sensory play so I thought it would be fun to bring a snow project into the classroom. 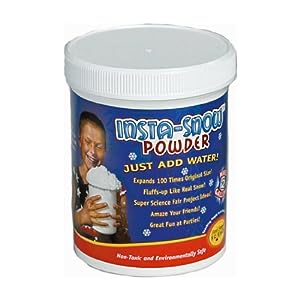 I’ve seen a lot of fabulous posts about snow art and ice art but since that’s not an option we experimented with fake snow this week. We tried two different products from Discount School Supplies, Insta Snow Powder and Super Snow. I’m totally sold on Insta Snow Powder!!!! It’s opaque white, fluffy, cool and soft to the touch, has an organic shape to each little bit (unlike the Super Snow which was perfectly round clear balls – imagine miniscule water beads) and melts to slush when you sprinkle salt on it. 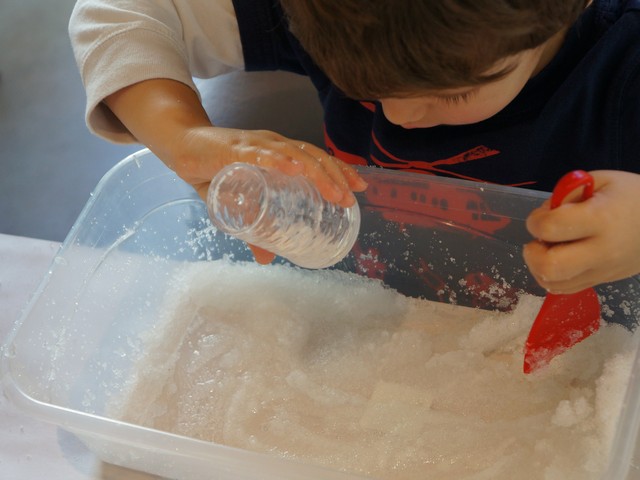 Melting the Insta Snow into slush was a huge hit and a great sensory meets science moment. It’s a great simulation and conversation starter about what happens to snow when the seasons change to spring and the sun melts the snow.

The photo below shows an up close of the two products mixed together. You can faintly see the difference between the Insta Snow and the  Super Snow. 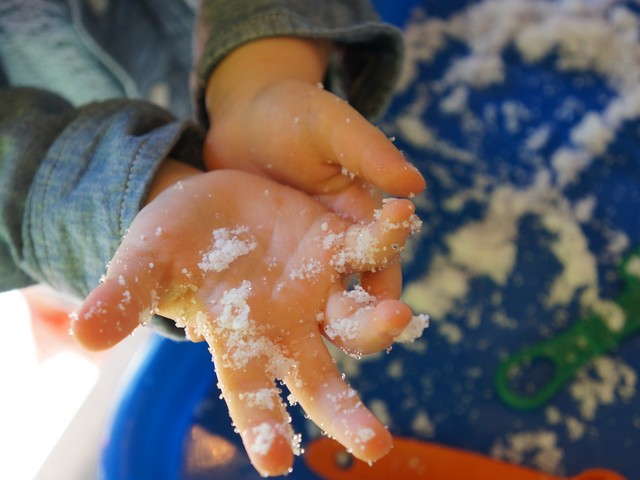 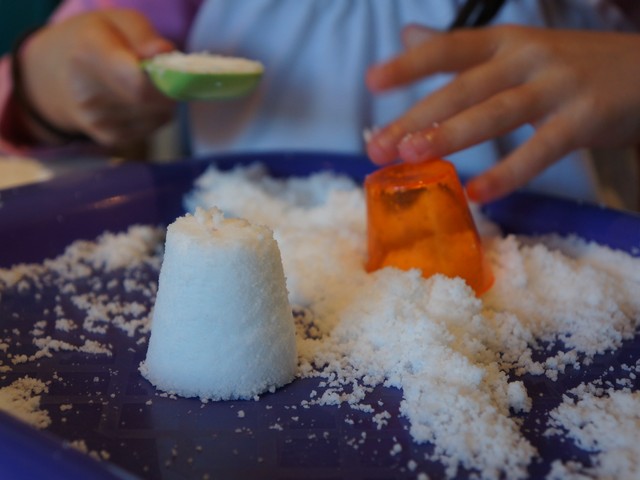